Published on 27 Apr 2022 on Insider Monkey via Yahoo Finance 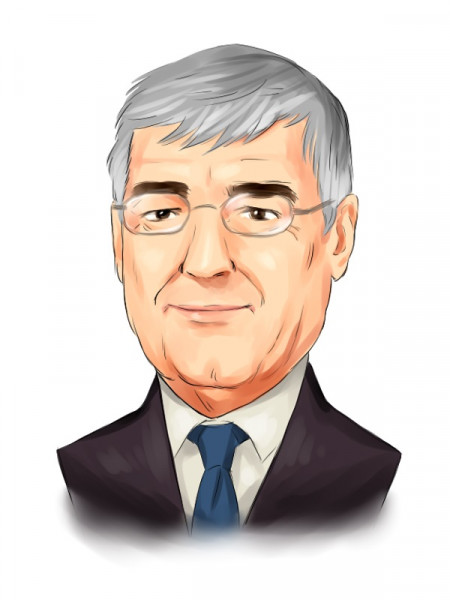 Sir Michael Hintze is a British-Australian billionaire who is the founder and executive chairman of CQS Cayman LP. Before founding his own hedge fund in 1999, Hintze worked as a fixed income trader at Salomon Brothers, subsequently moving to Credit Suisse First Boston and then eventually joining Goldman Sachs in London. The billionaire was born in China to Russian immigrant parents who eventually made their way to Australia. Hintze has degrees in physics, engineering, acoustics and an MBA from Harvard Business School. Having served on the boards of multiple Australian and British government advisory bodies, Hintze is also a renowned philanthropist through the Hintze Family Charitable Foundation. Hintze and his wife Dorothy have made sizeable donations to art galleries, museums, universities and political parties, including a £5 million donation to the Natural History Museum in London in 2014. For his dedication to philanthropic causes and prominent status as one of the most successful hedge fund managers in the world, Michael Hintze was knighted by The Prince of Wales in 2013.

CQS Cayman LP is a London-based hedge fund with offices in Sydney, Hong Kong and New York City. Led by Sir Michael Hintze, the fund boasts assets under management (AUM) of $1.59 billion as of the fourth quarter of 2021. The firm invests primarily in credit including corporate credit and structured credit. It also deals with asset backed securities, loans and convertibles. The main investors in CQS include private banks, sovereign wealth funds, pension funds and insurance companies. Its portfolio is spread across the Services, Technology, and Other sectors, with further holdings in Basic Materials, Consumer Goods, Financial and Healthcare. As of the fourth quarter, CQS' top 10 holdings comprise 34.69% of its overall portfolio.

Lionsgate (LGF.A) reported adjusted earnings of 6 cents per share for the fourth quarter of fisca...

When do companies have to disclose SEC probes? 2nd Circuit clarifies in biotech case

Lions Gate Entertainment (LGF.A) came out with quarterly earnings of $0.06 per share, missing the...

In this article, we discuss 10 stocks legendary value investor Seth Klarman is buying. If you wan...

Insider Monkey via Yahoo Finance 23 May 2022

Martha Stewart and Emeril Lagasse, two icons of cable TV, are taking the leap to the internet wit...

Lions Gate Entertainment said in November it would explore a sale or spin-off of Starz, the netwo...

Post Production Market Size to Grow by USD 20.75 billion | Success of Movies and TV Shows Due to...

In this article, we discuss the 10 best stocks to invest in today according to billionaire Michae...

Lions Gate Entertainment Corp. and Roku Inc. have closed a multiyear deal that allows the streami...