Published on 7 Jan 2022 on MarketWatch 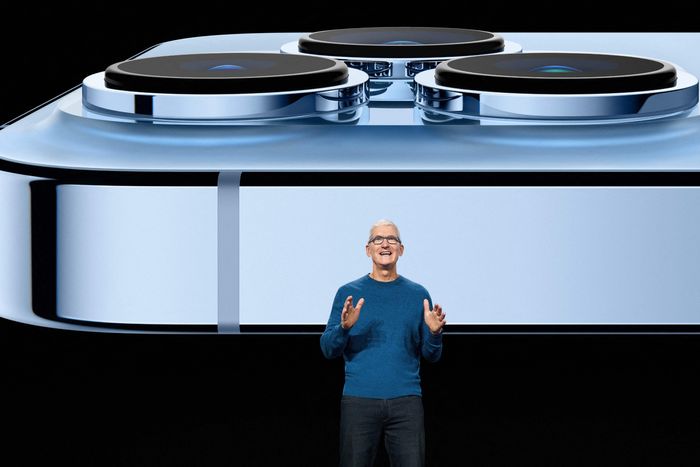 Apple Inc. Chief Executive Tim Cook raked in nearly $100 million last year in compensation, nearly seven times what he earned in 2020, according to filings submitted to the Securities and Exchange Commission.

Here’s how the pay breaks down: Cook received $3 million in base salary, $12 million in non-equity compensation, $1.4 million in other compensation, and $82.3 million in restricted Apple stock units. The total does not include $750 million in stock that vested last year, the final tranche from a massive stock package bestowed on Cook when he took over as CEO from cofounder Steve Jobs in 2011.

10 Low Profile Stocks that Surprised in 2021

In this article, we discuss the 10 low profile stocks that surprised in 2021. If you want to skip...

Apple AAPL is still grappling with supply chain constraints ahead of its first-quarter 2022 resul...

Apple headed for more sales records despite supply-chain issues, but what lies ahead?

Apple Inc. powered through a pandemic to deliver record holiday and annual sales in 2020, and is ...

Apple (AAPL) to Report Q1 Earnings: What's in the Offing?

In this article we discuss the 10 mutual funds to buy in 2022. If you want to skip our detailed a...

Is a Surprise Coming for Apple (AAPL) This Earnings Season?

Investors are always looking for stocks that are poised to beat at earnings season and Apple Inc....

In this article, we discuss the 10 best dividend stocks according to John Overdeck and David Sieg...

In this article, we discuss the 10 best dividend stocks to buy according to Cliff Asness' AQR Cap...