Published on 18 Aug 2022 on Zacks via Yahoo Finance 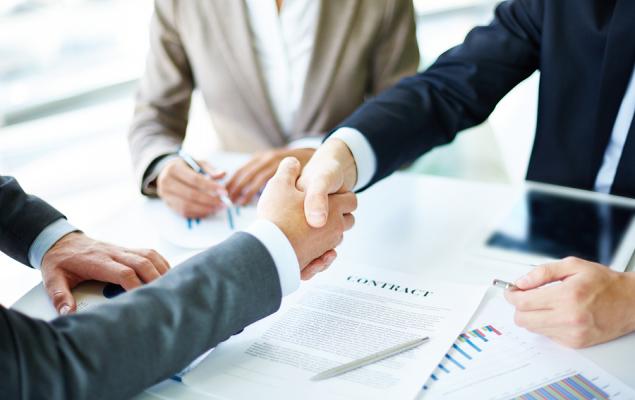 Comstock Inc. LODE completed the sale of one of its three major non-mining assets, the Daney Ranch property, based in Dayton, NV, for a price of $2.7 million.LODE will be able to advance its monetization program by closing the Daney Ranch property deal. Comstock is executing the sale of all of the non-mining assets. Over the next three to four months, the company intends to close the remaining two assets.Comstock entered into a lease-purchase agreement in 2020 with the proprietor of an exploration and mine development drilling services company. Per the agreement, the company took the lease of the properties for $9,000 per month for up to 24 months. As the deal closed within two years, around $200,000 of those lease payments were creditable to the purchase price, resulting in a net price of $2.5 million at the closing of the deal. The deal funds this week, with an additional $1.5 million cash and a $1-million secured interest-bearing note, are required to be paid off upon the sale of specific assets owned by the buyer.Recently, Comstock announced its financial results for the second quarter of 2022. LODE reported a loss per share of 20 cents in the quarter, comparing unfavorably with the Zacks Consensus Estimate of a loss of 6 cents. LODE had reported a loss per share of 15 cents in the year-ago quarter. Results were primarily affected by increases in research and development expenditures and changes in fair values of derivatives.Revenues of $0.05 million missed the Zacks Consensus Estimate of $1 million. The figure also compared unfavorably with the year-ago revenues of $0.06 million.As of Jun 30, 2022, Comstock had $4.34 million worth cash and equivalents. As of the end of second-quarter 2022 end, total assets were around $118 million compared with $115 million as of Mar 31, 2022. LODE initiated non-strategic asset monetization efforts, expected to generate $20 million from asset sales over the next two quarters.Comstock recently filed for a new patent covering breakthrough pathways to produce renewable diesel, sustainable aviation fuel gasoline and marine fuel from woody biomass. It is expected to have better yield, efficiency and cost than other conventional methods. This move will significantly expand LODE’s leading cellulosic technology portfolio.LODE also recently commissioned its proprietary lithium-ion battery (“LIB”) pilot crushing, separation and conditioning system. Comstock expects production of high-purity black mass to start in its battery metal recycling facility by the second quarter of 2023. Production of battery-grade lithium carbonate is expected to commence in its battery metal recycling plant by the third quarter of next year.

A Look At The Fair Value Of Daqo New Energy Corp. (NYSE:DQ)

Today we'll do a simple run through of a valuation method used to estimate the attractiveness of ...

It is hard to get excited after looking at Daqo New Energy's (NYSE:DQ) recent performance, when i...

DAQO New Energy Corp. (DQ) Is a Trending Stock: Facts to Know Before Betting on It

Daqo New Energy (DQ) has been one of the most searched-for stocks on Zacks.com lately. So, you mi...

Daqo New Energy (DQ) came out with quarterly earnings of $4.18 per share, missing the Zacks Conse...

Daqo New Energy Corp. DQ is slated to release third-quarter 2022 results before the bell on Oct 2...

Daqo New Energy (DQ) Gains But Lags Market: What You Should Know

In this article, we discuss 12 best emerging market stocks to buy now. If you want to read about ...

Daqo New Energy (DQ) has recently been on Zacks.com's list of the most searched stocks. Therefore...

Growth stocks are attractive to many investors, as above-average financial growth helps these sto...